The History of Claw Machines 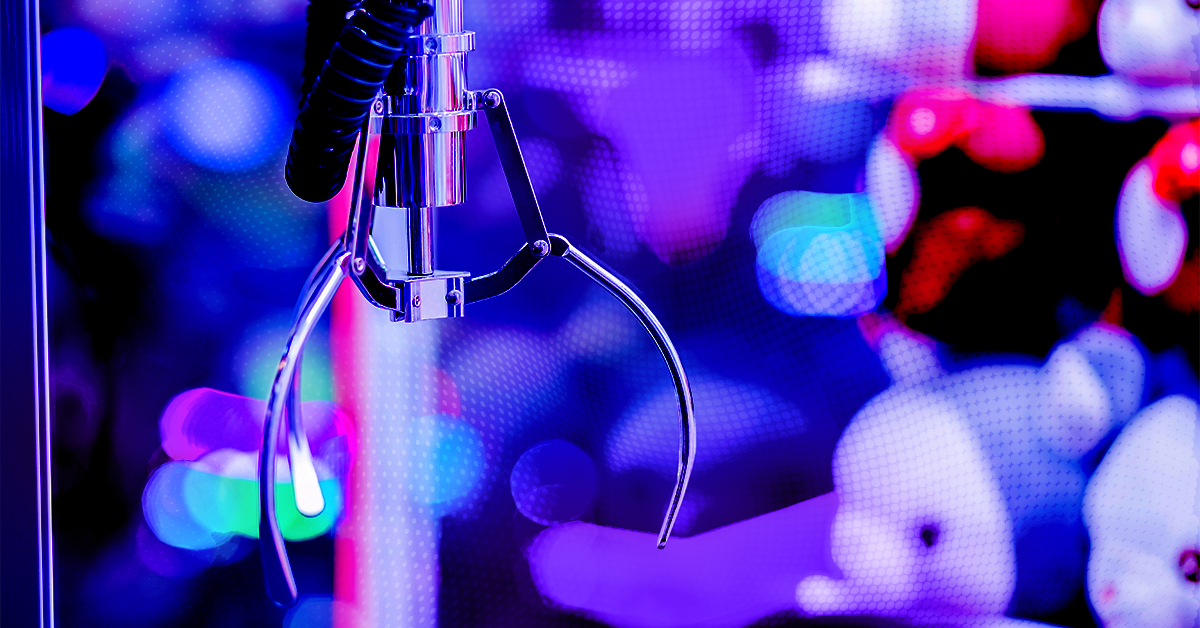 If you have ever been to an arcade, you have seen a claw machine. It is one of the most famous games and its popularity has spread into supermarkets, restaurants, movie theaters, and even bowling alleys. But how did the claw machine get so popular? Where did it even come from?

The digging of the Panama Canal started in the late 19th century, around 1881. However, due to poor planning, the project was stalled several times. It then began in earnest in 1904 and would take 10 years to complete. That was enough time for the magnificent steam shovel to impress itself upon the minds of millions of people and inspire the creation of the claw machine.

The first claw machines to be mass-produced hit the market in the 1920s. They were modeled to look like small steam shovels that were encased in glass and wood. They had candy in them, and people would play by swinging the shovel in a wide arc to scoop the candy up. You would only have 3 minutes to try your luck, so you had to make them count. This meant that everyone who played to win needed to have a level of skill in the game.

Nearly a decade later, more canal-digging adventures would inspire different claw machines. The Erie Canal created the Erie Diggers. These would become popular at bus stations, carnivals, and drug stores. Since they were made of walnut and mahogany, their sophisticated appearance even earned them a spot at luxury hotels. However, these models did not bring in much of a profit as their luxury appearance was costly.

Either through pure wit or keen observation, William Bartlett figured out how to solve the problem and make the claw machine profitable. He patented the Nickel digger, which used coins to activate each round filling the machine with money. He also used an electric motor which made the playing times shorter so more players per day could play. He also used the clever strategy of renting the machines, not selling them.

1950 would then become an unfortunate decade for the booming claw machine industry. In 1951, the Johnson Act categorized the claw machine as gambling and stopped the development of the game. Well, at least in the open.

Many people did not take this hit lying down. Lee Moss and the amusement park owner gathered a group of recreation owners and lobbied for their return. It took them two long years to make any kind of progress. The claw machines would be legal again, but only if the coin receptors were removed, and if they were no longer automated by electricity. This kept the business slow, but relatively more active.

However, these laws did not apply to other parts of the world.

The claw machine, under the name of the claw crane, was gaining popularity in Asia and Europe. They became extremely popular in Japan in the 1960s, giving rise to the UFO catcher. This device became a unique adaptation to the game, which would then spread across Asia.

The more they grew in popularity abroad, the more irrelevant the laws became. By the 1970s, the laws were effectively abandoned. And by the 1980s, the claw machine made a prominent comeback in Pizza Huts.

The Revival of the Claw Machine

The Pizza Huts were only the beginning.

From there, claw machines got a major boost. Several different associations saw a way to engage their fans through them. They also diversified the kinds of gifts they put in the machines while customizing them to the companies endorsing them. For example, the claw machines added medals and jerseys to their gifts while working with the NBA.

Throughout the 1990s, the claw machine continued to grow in popularity. From the USA to Asia, this growth has continued to the present day.