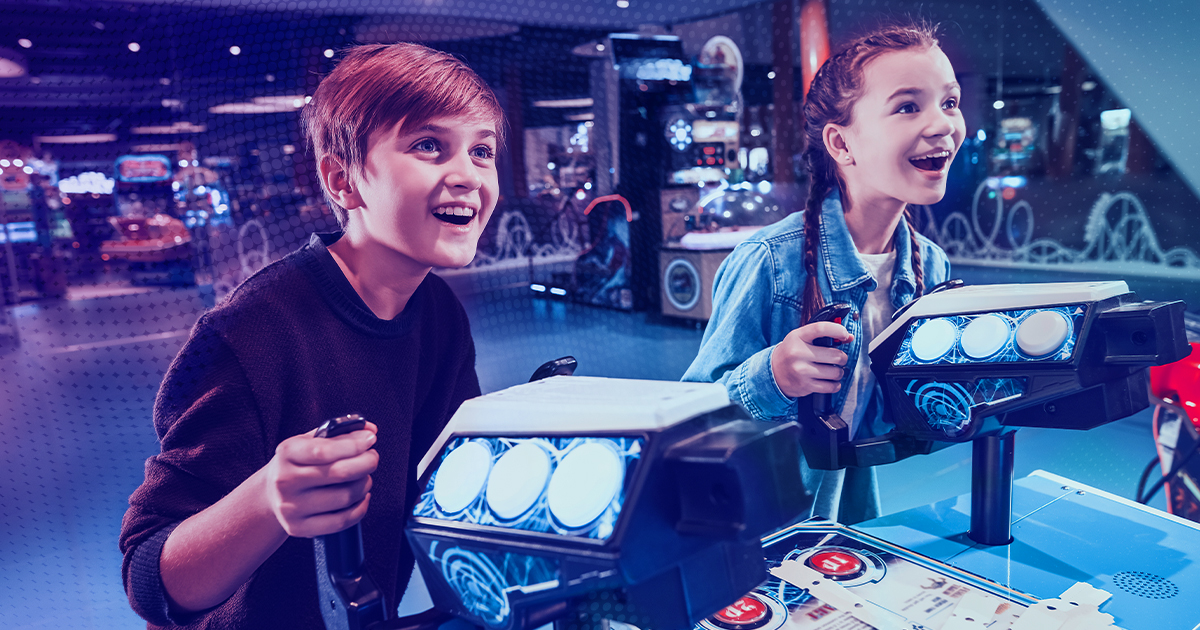 Games are best played with friends, but they don’t always have to be online. Multiplayer arcade games are a great option for those who want to get up, out, and moving, while still enjoying some friendly competition. Here are 5 of the best multiplayer games.

This is such an obvious first choice, as Mario Bros is one of the most classic and well-known arcade games of all time. It’s a simple, yet addicting game that can be enjoyed by up to four players at a time. The game is all about trying to rack up as many points as possible by stomping on enemies and collecting coins, but it’s still simple for gamers of all ages.

Mario is one of those games that is just as fun to play with friends as it is to play by yourself, and that’s why it takes the top spot on our list. Plus, who doesn’t love those little 8-bit graphics? Nostalgia at its finest.

When is the last time that you played air hockey? It’s one of those games that’s easy to forget about, but once you start playing, you can’t stop. Air hockey is the perfect game for two players, as it’s fast-paced and full of excitement. Plus, it requires physical coordination as well as hand-eye coordination, so it’s a workout, too, once you’ve got the heat on.

Air hockey is simple, yet challenging, and it’s easy to spend hours playing without even realizing it. The next time you’re at our arcade, be sure to give it a try.

Dance Dance Revolution is another great game for those who want to get up and moving. The game is all about matching the arrows that scroll up the screen with your feet, and it can be played by up to two players at a time. The dancing is surprisingly addictive, and it’s a great way to get some exercise while still having fun.

Kids love the challenge of trying to keep up with the arrows, and adults will appreciate a lot of the music. While you don’t actually have to dance, you do have to put your body into it to be successful.

Mortal Kombat is another classic arcade game that is sure to get your heart pumping. This fighting game is not for the faint of heart. However, it is still a whole lot of fun, especially when played with friends.

Up to two players can go head-to-head in this game, and there are a variety of different characters to choose from. Each character has their own unique set of moves and fatalities, so there is plenty of replay value. While some players might find the learning curve a bit steep, once you get the hang of it, Mortal Kombat is an incredibly fun game. Plus, who doesn’t love to shout “FINISH HIM!”?

This is another classic that is sure to bring back some memories for those who grew up in the 80s and 90s. Teenage Mutant Ninja Turtles is a four-player game that pits the titular heroes against the Foot Clan in New York City. The game is a side-scrolling beat ’em up that is fast-paced and action-packed.

What’s great about this game is that it is easy to pick up and play, but it also has a lot of depth. There are different special moves that can be performed by each character, and the game gets more difficult as you progress.

What Are You Waiting For?

There are plenty of great multiplayer games out there, but these are just a few of our favorites. So, what are you waiting for? Grab some friends and head to our arcade for some good old-fashioned fun.